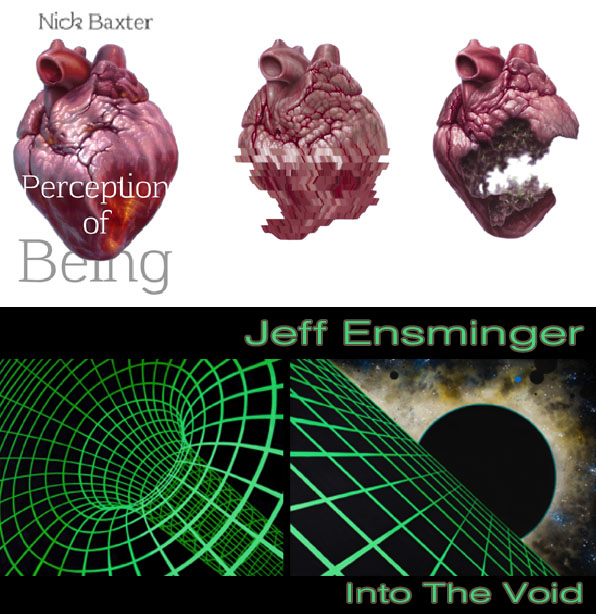 There aren't many art gallery shows that I'd go out of my way to write a newsletter about. This Friday, though, is an exception. Most of you are probably already familiar with Nick Baxter, who has brought a new form of ultra-polished hyper dimensional surrealism to the tattoo art form. Then there is Jeff Ensminger, who has recently gained a serious following from within the tattoo industry for his bold hybrid graphic style. Both of them create surprising art off the skin as well, and the two of them are unveiling their recent (and mostly yet unseen) work at the Mindzai warehouse and gallery space, 2001 South Lamar #D, Austin, TX 78704 from 8 to 11 pm on Friday, November 21st. Both Nick and Jeff will be in attendance, with originals for sale as well as limited edition giclee prints and posters, along with live t-shirt screen printing featuring a design from each of their painting series.The show will hang until December 3.

I also wanted to mention the published works by Nick and Jeff that we carry at Tattoo Education. Nick's book, Sharp-Focus Realism In Oil, sold out last year but he was able to keep the title alive by re-releasing it as an e-book. It's been updated and expanded beyond the original edition, and has been formatted to fit on any device.If you've never purchased an e-book before, this is a perfect chance to try it out as he has made it as user friendly as possible. Then we have Jeff's book, The Rose, featuring 134 pages of drawings, paintings and photos of roses that Jeff brought together into a definitive source of reference and inspiration. We have both items available now in our online store.