Lettering has always been important in tattooing, and in recent years it has been taken to new artistic heights, notably by California's Jack Rudy starting in the 1980's, and more recently by artists such as B.J. Betts, whose Street Shop Lettering books have been popular here at Tattoo Education since we started carrying them several years back. In recent years, Big Meas has made a name for himself in the tattoo industry for his dynamic and expressive lettering style. He's just released a DVD, Iron Sharpens Iron, which I think will be a game-changer in the lettering field. 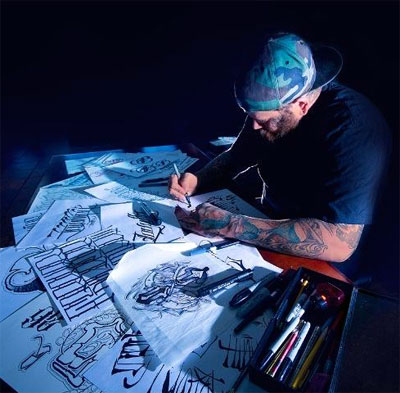 For tattooists wanting to gain a mastery of lettering, there is so much more to it than just having a catalog of cool fonts. Part of it is about understanding what makes good lettering work visually, which is something that Meas goes into in great detail. The first half of the DVD talks about drawing lettering, showing a number of different types of markers and brushes, and the types of lettering that each are best suited for. He demonstrates how to get good spacing, proportion, and flow into your lettering, including ways to optimize the way that it fits the body part where it's going. Then, in the second half, he shows you his setup, then demonstrates the different steps in drawing the lettering onto the client using markers, then the different steps taken in executing the piece. It's a tight, nicely done production, one of the better that I've seen in the tattoo industry, with every part of the tutorial being useful and enjoyable to watch. I highly recommend Iron Sharpens Iron, available now in the Tattoo Education online store. 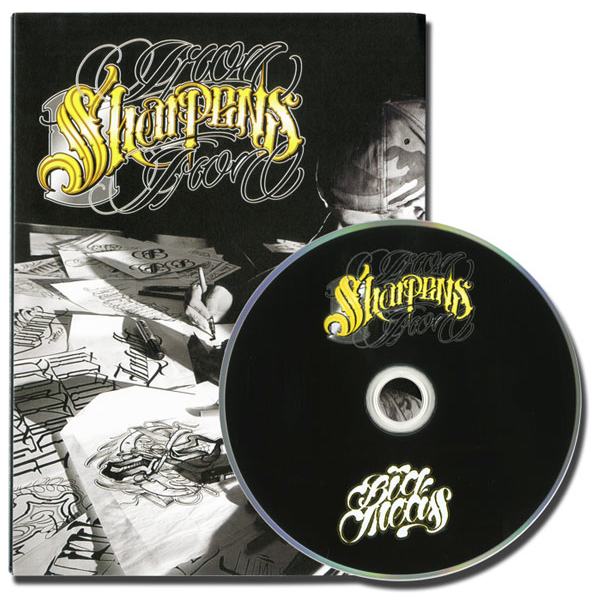