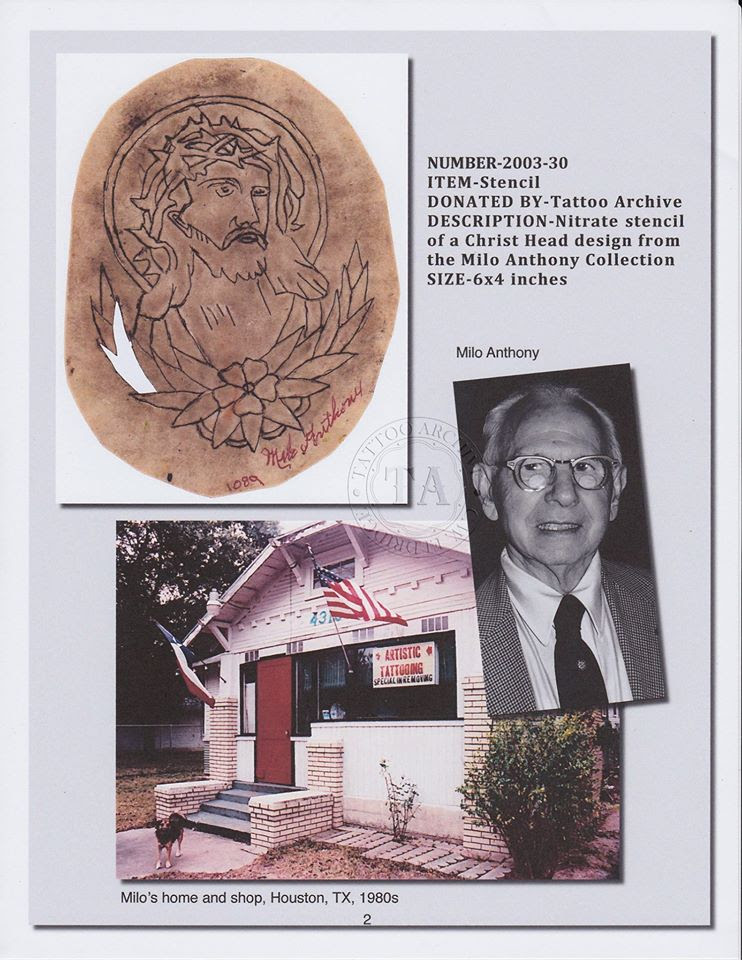 Milo Anthony was born in Vinzzia, Sicily May 15, 1904. Milo, the son of a tattooist, came with his family to the U.S. in 1906. His father opened a shop in Boston upon their arrival and tattooed under the name John Brown. Milo was tattooed by Boston's finest, “Dad” Liberty and Frank Howard before he ever received a tattoo from his dad at the age of 21. Milo began tattooing in the 1920s with carnivals in New England and stayed on this circuit until the 1950's. Seen here is a page from the 2003 accession book for the Paul Rogers Tattoo Research Center (PRTRC). Photo provided by The Tattoo Archive, www.tattooarchive.com #tattoo #tattoohistory #tattooarchive #tattooeducation