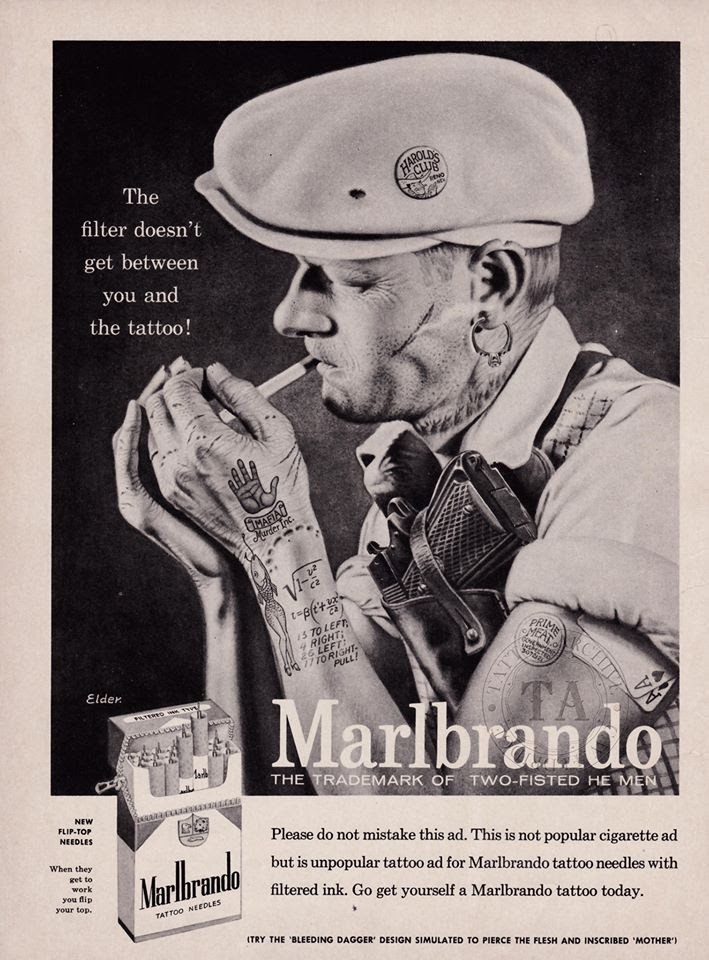 Marlboro cigarettes were originally marketed to women, even with red filter tips designed to look like a lipstick stain. When sales began to drop off in the mid 1950s the manufacturing company brought in a marketing team to change the image of Marlboro smokers. The “Marlboro Man” was born. Many of the early ads showed a ‘he-man’ smoking with a tattoo design painted on the back of his hand. The campaign must have worked because Marlboro’s are now one of the most popular brands. Seen here is a parody of the Marlboro man from a 1956 issue of Mad Magazine. Note the fresh he-man cheek wound with smoke coming out of it. You gotta love old Mad magazines! Image provided by The Tattoo Archive, www.tattooarchive.com #tattoo #tattoohistory #tattooarchive #tattooeducation