Needles have come a long way!! 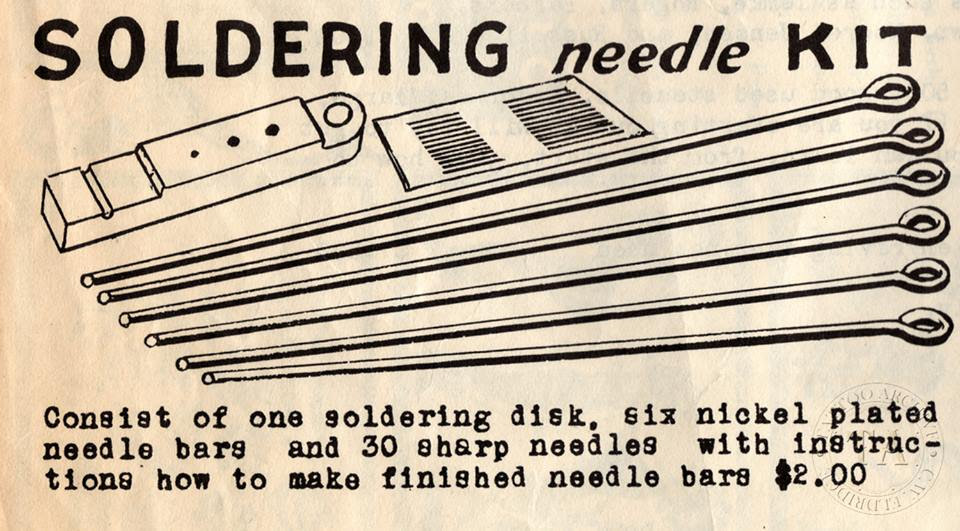 In the last few years, needles as used in the art of tattooing, have come a long way. It’s not so much the needles themselves, but the way they are packaged and sold to tattoo artists. Back in the day, a tattooist bought needles by the thousands, sorted through them discarding the ones that were flawed, and soldered the remaining good ones into the configuration that worked best for them. Needle making was one of those skills that often separated the good tattooist from the not-so-good. Seen here is an ad from the Zeis Studio for their soldering kit, 1940s. I can speak personally about this, as even just 27 years ago when I began tattooing, pre made needles were nowhere to be found, and needle making was considered one of the fundamental aspects of any apprenticeship. The difference between the situation then and now, with easy disposable cartridges, is night and day. I personally don't yearn for those old days but I appreciate everything that I learned from struggling through them. Image provided by The Tattoo Archive, www.tattooarchive.com