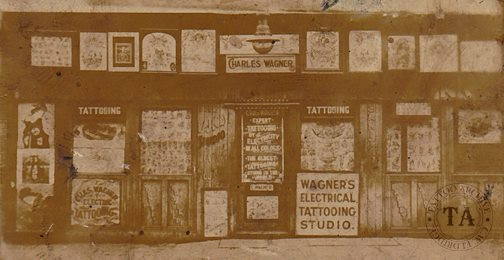 In 1929 the collapse of the Stock Market played havoc with the United States economy and tattooists in New York City were not spared. Wagner was reported to have lost his life savings of $11,000 in the crash. Albert Parry stated that Wagner would go without breakfast until his first customer paid for their tattoo. New York City had been the hub for professional tattooing in the United States since Martin Hildebrandt opened shop there in the 1840s, but during the Depression the number of tattooists diminished in New York City. You can find this fascinating historical book at The Tattoo Archive, www.tattooarchive.com #tattoo #tattoohistory #tattooarchive #tattooeducation