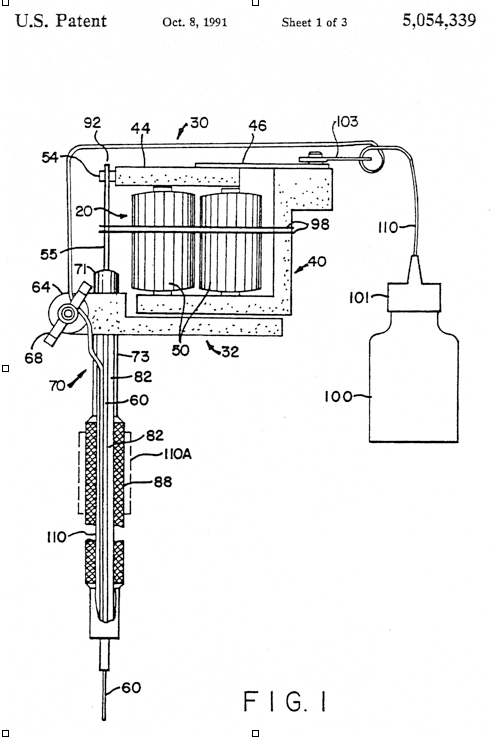 George Washington enacted the first patent laws in 1790 and since then inventors have been trying to build a better mousetrap. Since Thomas Edison’s 1876 patent for the stencil pen, inventors have been trying to build a better tattoo machine. You would be amazed at some of the crazy ideas folks have received patents for. Here you can dee the specifications for a tattoo machine that apparently was designed to have a continual ink feed. These days, we would cringe at the idea of such careless cross contamination. Image provided by The Tattoo Archive, www.tattooarchive.com, taken from a 212 page booklet of crazy patents that you can purchase at the Tattoo Archive online store #tattoo #tattoohistory #tattooarchive #tattooeducation