February 13, 2012
Greetings from Tattoo Education!
Many of you know who Nick Baxter is; he's the young man who started blowing all of our minds about 10 years ago when, very early in his career, he started publishing some of his exceptionally smooth, technical, original and imaginative tattoo work in magazines. Several years later, and we started seeing examples of his oil paintings: small, meticulous, highly visual and completely original. Nick's artistic progression has continued unabated in the years since, and recently he agreed to write a book on oil painting, Sharp-Focus Realism in Oil, which was published last year by our own Proton Press, and is available here at our online store.

Since the publication of this groundbreaking book, which serves as not only a great educational tool for artists but also a glossy fine art book for art fans, Nick has continued to produce incredible work on both skin and canvas. He likes to work in epic series of pieces, with Rebuilding- a series of fleshy, almost traumatic visionary works- being the most recent work featured in his book. Shortly after publication, he completed another, even more mind-blowing series: Reclaiming, which aims at larger, more universal ideas. As this show was on display at the Last Rites Gallery, we got Nick to do an interview with us about these works. It's a great interview, aimed specifically at tattooists wanting to better themselves through alternate media. We have it posted here at Tattoo Education in the Artist Profiles page, along with images of some of the highlights of that series. 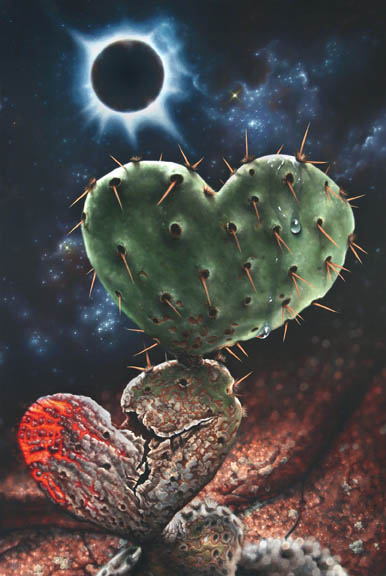 We also wanted to mention a couple other things that Nick is up to presently. He just launched a new website dedicated to his non-tattoo art at www.nbaxter.com, which is meant to compliment his existing site, www.nickbaxter.com, which has just had a complete redesign. In addition, he's got a major new exhibition coming up at Last Rites: The Apostasy, alongside Chris Peters, which will debut May 26 2012 and run through mid-June.
Nick was also a participant in a recent fundraising event at Last Rites for the International Children's Art Fund; you can read more about the event at https://www.lastritesgallery.com/art_fusion_pr.php. He also will be teaching one a seminar called "The Holistic Approach" in April at the Worldwide Tattoo Conference in Chicago, alongside a number of other renowned instructors. Check out the event at www.worldwidetattooconference.com.
Thanks, and we'll be in touch soon!